As the days went on, India started to make more sense. The truths I started to understand in Delhi & Pushkar cemented as we moved to Jaipur.  And more often than not, it was my own illusions that were proven wrong. 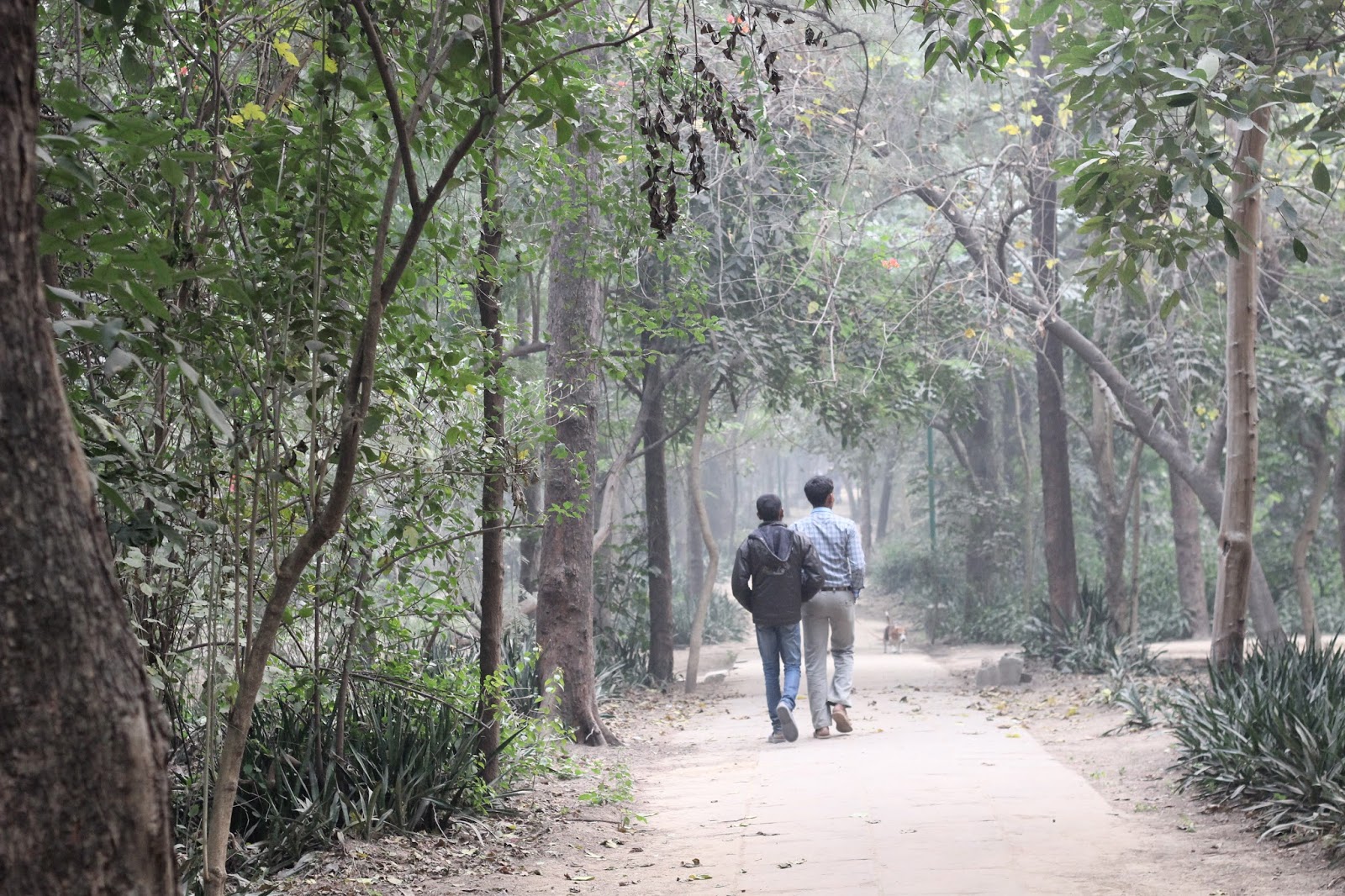 I'm not always comfortable with public displays of affection.  This may shock some of you. I joked with my husband that one of the reasons I wanted to go to India was so that we didn't have to hold hands in public, since public displays of affection are generally frowned upon.  So imagine my surprise when I saw groups of men walking hand-in-hand or pinkie-to-pinkie. I initially thought this was in protest to the recent rulings regarding homosexuality, but quickly learned that it had nothing to do with sexual preference: it's simply a gesture saying "I'm proud this guy is my best friend". The gentle gesture made me smile every time this occurred.

Although it's completely fine to show your friend you care for them by holding hands in public, for lovers the outlet is more refined.  Affection isn't taken for granted. Couples often gather in deer parks or other public parks to canoodle. This seemed so progressive, so soft in a country that had presented itself to me to be quite calloused.  Once again, India was proving me wrong.  I washed my western views away and looked at these scenes for what they were.  They were intentional actions. They were loving. They just weren't sprawled out in front of everyone for full view.

My definitions changed with my perceptions. What I saw as chaos wasn't actually chaos- it was just a different rhythm. This was brought to full view while on the city orientation walk in Jaipur.  We managed to get an amazing aerial view of one of the main roundabouts in Jaipur while climbing on top of a roof. On the ground, the traffic felt chaotic still. As we climbed and gained perspective, you saw the flow. It was rhythmic and beautiful. That said...  I would still never want to drive in it.


One of our optional activities in this city known for jewels involved seeing a Bollywood film. Due to my inability to stay awake during movies without subtitles, I wasn't too keen on going.   T.J. really wanted to go, so in the spirit of compromise, I agreed.  Jai (our Chief Experience Officer) explained that this was not only a Bollywood film, but that we would be going on opening night of Dhoom 3- the third installment in a film featuring 3 of India's top movie stars.  Tickets were increasingly hard to come by, which peaked my interest more.  Maybe this would be interesting after all. 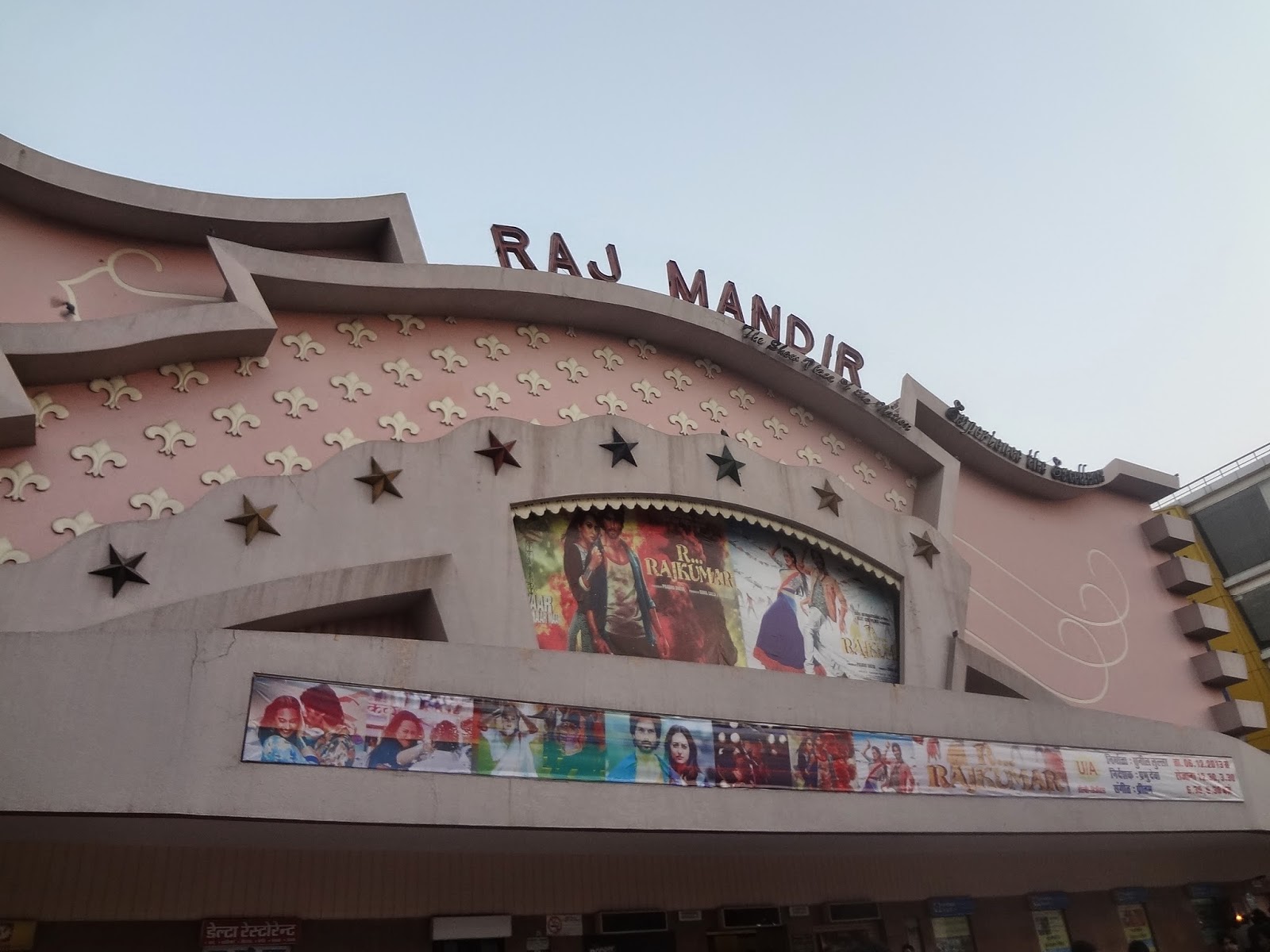 We arrive and the Raj Mandir theater is packed. Rows of motorbikes filled the side lot and people were yelling for available tickets.  Inside, we were enveloped in pink. Pink everywhere.  If Barbie had designed a movie theater, she would have picked this.  It was amazing. It was loud.  As we settled into our seats, I kept waiting for the standard hush as we're used to during movies in the US.

The moment the film started, the crowd cheered loudly as their favorite characters came on-screen.  They whistled when the female lead entered and one man even took a phone call during the film.  Before I realized, our whole group was clapping and hooting and hollering along with the locals.

Dhoom 3 is a buddy cop film that follows two detectives brought to Chicago from India to investigate a string of mysterious bank robberies. The movie was fantastical filled with ridiculous action sequences including a motorcycle turned wave runner turned submarine.  There are long breaks for dance numbers, multiple plot twists, love triangles and a tremendous amount of mood & suspense.

The film had no English subtitles, but you didn't need them.  We were able to understand the arc through gestures, music and facial expressions.  Every now and then a young child sitting behind us would reach up and stroke my blonde hair that managed to hang over the back of the chair.  This was India.   People were rejoicing in the characters plot lines and cheered loudly at the grand finale.  Once again to my surprise, I didn't fall asleep during the film. In fact, it was energizing. It was as if for that three hour period (yes, with intermission) everyone was able to take a break, relax and think of nothing other than the film in front of them.

It turns out that I love Bollywood.  How had I missed this before? How could seeing one film change this?
Bollywood films never made sense to me because I had no context of the culture in which it was born. Indian life is hard. It's loud.  Indian people live modestly and out in the open, yet reserved all at the same time. Bollywood films offer their viewers an escape from the day to day stress of existing.

It was in Jaipur that I started to understand the cultural complexities of India.  There were so many layers to unearth. Initially, it was about accepting where we were to find some form of bearings. Bit by bit we were able to begin the process of peeling each layer back to find what really lies beneath in some attempt to find out what drew us both here. India may be repressive, but people manage to find these public outlets for expression. Whether it's in the darkness of a packed theater while watching your favorite film loudly, walking hand in hand with your best friend or taking a quiet moment with your lover in a park, people always find a release. These valves help to release the pressure of daily life. 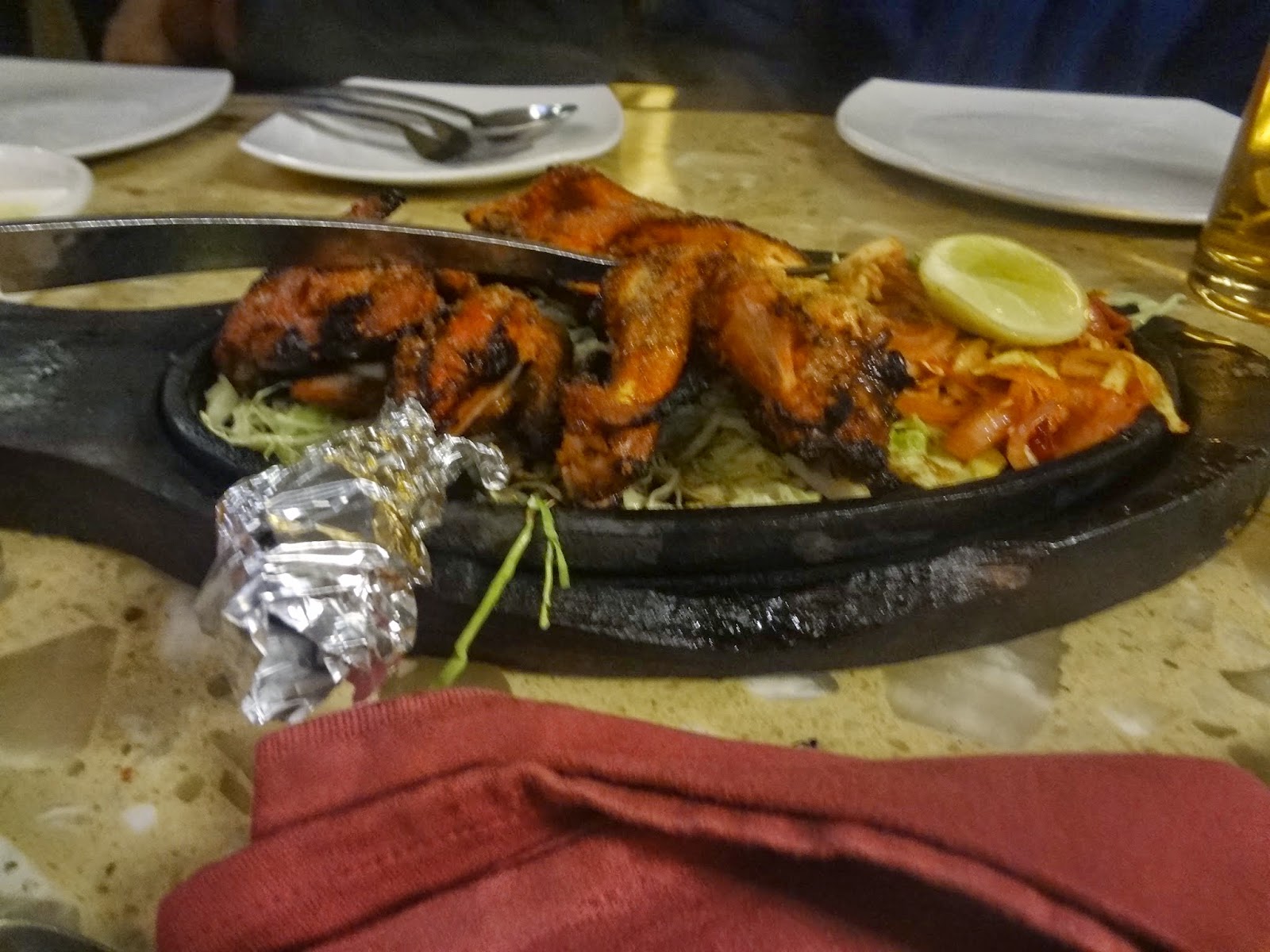 With a belly full of the best tandoori chicken I had ever had in my life, I went to sleep content that evening. It was all making sense -- we'd moved beyond just not freaking out in this foreign place, and toward seeing the true value and the deeper meaning in experiencing another exotic form of daily life.  India was making its mark.

Next post: A New Definition of Dirty & Christmas Non-Christian